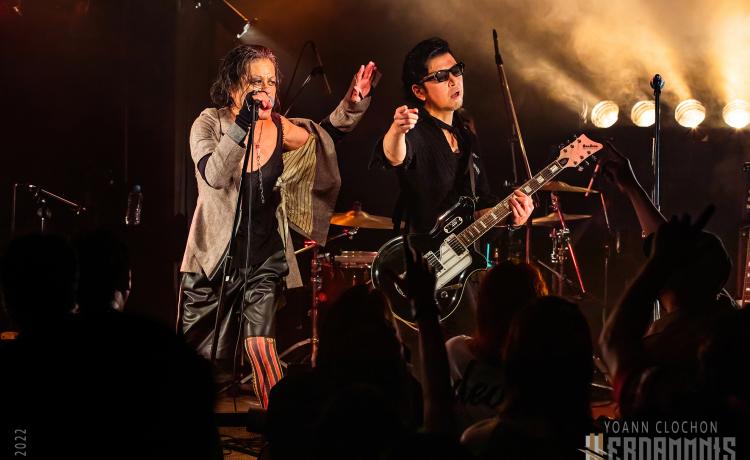 July 18th, Umi no Hi (海の日) literally Marine Day is a public holiday in Japan, celebrated on the third Monday of July. While some people take the opportunity to spend the day at the beach to withstand the sweltering summer heat, others prefer to spend it with music and support their favorite bands. As nothing compares to the visceral vibrations of a live concert, VerdamMnis chose the second option. So let’s get the temperature higher and head to the music club ROCK JOINT GB located in the lively and trendy district of Kichioji. The ROCK JOINT GB is an intimate concert hall, well-optimized space and with a high-quality sound system. While waiting for the show to begin, the fans gathered around the circumference of the stage. The club was immersed in a friendly and joyous atmosphere: alcoholic camaraderie, complicit chatter, bursts of laughter. 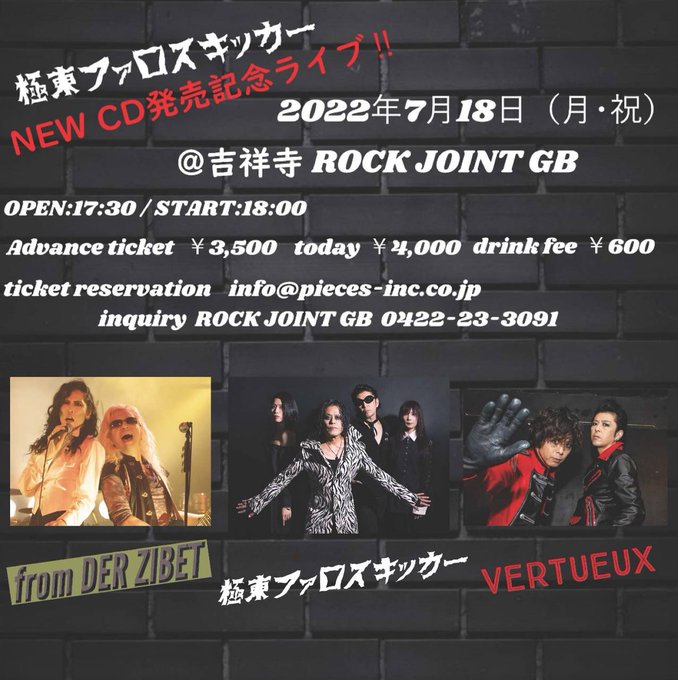 At 6:00 P.M, the house lights dim and the magic begins.
The concert kicks off with a bang thanks to VERTUEUX. VERTUEUX is, formally, a duo formed by singer Ken-ichi (VALENTINE DC) and guitarist Hideki (DE-LAX, FAR-EAST PHALLUS KICKER). With only two albums under their belt (premiere 2012, Angels 2013), the band is making some noise. Heady melodies, rumbling guitar, deep and grooving rhythm: a winning cocktail. The audience is quickly taken into the world of these talented musicians. The drummer, Moh-chan, hits his instrument with muscular force, he does not let go a bit. Bassist Fumiaki Nishiyama and Keyboardist Toshimichi Isoe play intensity and a hyper spirit, which gets every crowd dancing. Hideki, a charismatic guitarist with exceptional talent, delivers flawless performance. The rocky and seductive voice of the singer moves the audience greatly. The man sings with his guts. The performance is on point. VERTUEUX blows our mind thanks to an unprecedented discharge of emotions. The most assiduous fans, standing at the very front row, has given completely into their wild side – dancing as if no one was watching.

After a short break, the concert resumes on a darker note with the legendary band DER ZIBET — or more precisely, singer Issay and guitarist Hikaru who are accompanied by session musicians, bassist Jun (VALENTINE DC) and drummer Kanze. The show starts off with a hypnotic, tribal rhythm. The audience gets more and more packed. Tension escalates. Some people close their eyes and let themselves be completely drawned into the gloomy universe of the band. The tenebrous and vampiric Issay arrives on stage with a bottle of wine in the hand, all dressed in black. Loud applause, the audience warmly welcomes the band. Issay, a charismatic figure, elegantly imposes himself on stage. Sometimes, he looks frozen in a hieratic posture, some other times he keeps undulating his body to the pulse of the music. Issay hypnotizes. The audience is under the spell, people no longer take their eyes off of him. The musicians play effortlessly hit-songs taken from their long catalog. Fans sing the lyrics and let themselves be carried away by Hikaru's solos. Issay is on stage like a fish in the sea. The stage is where he belongs. The man seems to rejuvenate as the show goes on, his face illuminates. The stage is where he comes to life. Not only the man is talented but is also humble. He genuinely asks the people in the audience if they are having fun. His delicacy and humility will also stand out during the after-party (read below).

The three following photos are from Mami Saito

Break time, drink time. After a few minutes, the curtain rises again and make way for the punky quatuor FAR-EAST PHALLUS KICKER. The audience, already pumped-up, jumps on the catchy rhythm of the music. The atmosphere is a bit wilder. Singer Chuya (DE-LAX, ALLERGY) is as energetic as a child, the stage is his playground. He jumps everywhere, turns in circles, shows his behind to the public. Hard to believe that the man has just celebrated his 60th birthday. Bassist Ery and drummer Reiko hold the rhythm by the testicles and they never let go. Hideki (VERTUEUX), true to himself, exudes undeniable scenic ease and charisma. The group delivers an electrifying performance. The fans, who seem to be a bit more intoxicated, let go more. They dance and clap to the rhythm. Being the headlining act of the evening, FAR-EAST PHALLUS KICKER did an encore and had a signing session to celebrate the release of their second album. The cover was created by VerdamMnis photographer, Yoann CLOCHON.

This was a wonderful evening thanks to exceptional artists who gave 100% to move the public and share their love for alternative music. We humbly thank all the musicians and staff for their kindness and helpfulness. Small note for Issay (DER ZIBET) who, to our ignorance, recently celebrated his 60th birthday and was kind enough to offer us a round of drinks. Happy birthday Issay ! We will catch up on November 22 as DER ZIBET will hold an acoutic show at Minami Aoyama MANDALA.
More info on DER ZIBET's website. 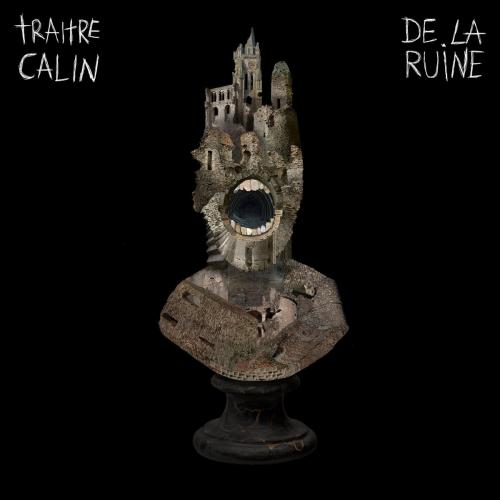 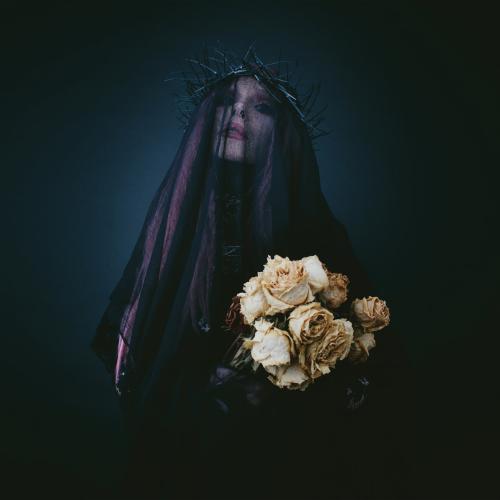 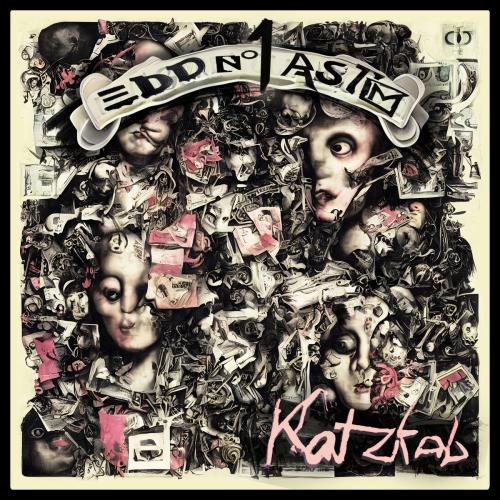